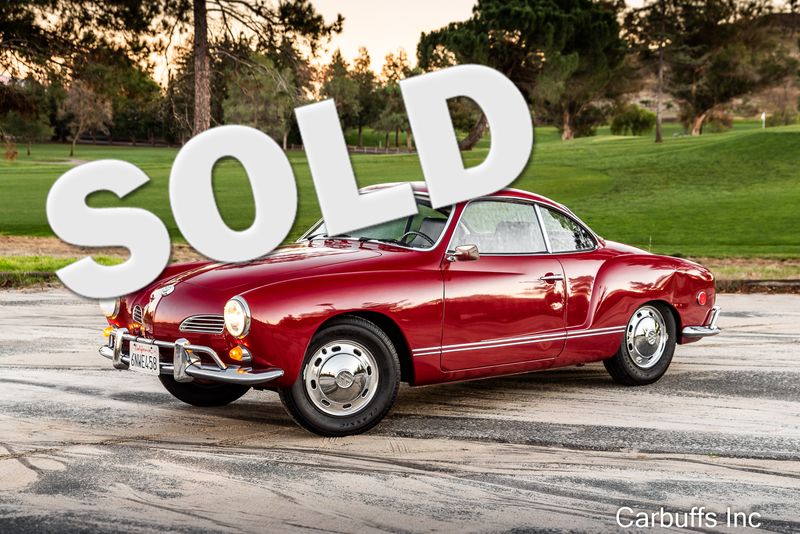 Description from the owner:

About Our Family’s 1968 Karmann Ghia…

“My mother bought this car new in 1968. She had suffered a medical setback and “felt a little down” as she put it and she had always wanted a red sport’s car. It made sense that a Ghia was her choice because my parents had owned several Bugs starting with a 1956 with the only gauge being an odometer/speedometer and a flip valve when you ran out of fuel. Mom was so coordinated she could flip it when she ran out so quickly she did not have to restart the engine. My parents drove to Washington D.C. from Berkeley twice and dad told me the fuel bill was about $200!

In 1991 when the Oakland Fire Storm hit, and took our old family home my mom had a tough decision as the fire approached because there were two cars in the carport, my dad’s old Mercedes (a nice car) and the Ghia. Mom chose to drive the Ghia out and thus save her. The Mercedes was lost and mom had recently spent over $3000 for needed upkeep. I got a call from mom about three weeks after the fire. She expressed doubt that she had made the correct decision vis-a-vie the cars. I said, “No mom, you made the right decision!”

Mom drove the car until she was 87. Having moved to a home on Grizzly Peak Blvd. at the top of Marin Ave. in Berkeley, she traversed Marin (an extremely steep street) with the down shifting and driving skill needed. At that point she gave the Ghia to one of my older brothers. He did some fixup including having her repainted and then I took her over about ten years later. I have had her for about thirteen years and significantly redid much of the interior and addressed the other compartments and upkeep. Mom had the engine rebuilt in 1995. Even though that was 25 years ago the mileage since then is less than 8000 miles. My hope is that someone will take good care of her and continue to restore her to the best of their ability and enjoy a beautiful car relic.

Son of the original owner

3 Owners in same family since new.

See “About Our Family’s Karmann Ghia…”

There is a dent in the drivers side door and quarter panel. The car runs and drives great.