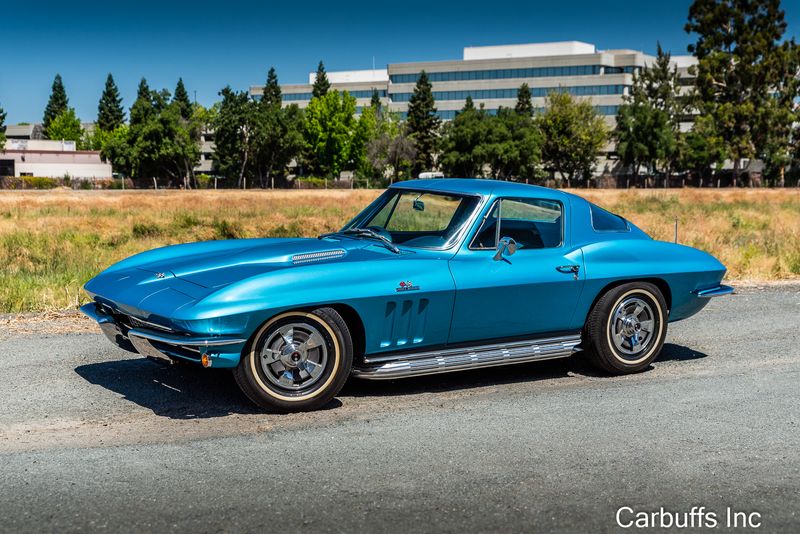 This Corvette was purchased by the current owner from a gentleman that lived in Pittsburg, Ca. At that time it had a 454 and a 4 speed transmission. The body had small flares but was clean. The previous owner had acquired quite a collection of NOS parts for the Corvette as he was a GM parts guy. The current owner drove it like that until 2000 when he took it off the road and put it together as seen now.

The 454 was swapped for a new ZZ502 crate motor. The carb is a rare Holley GM high horsepower unit. Many of the pulleys and brackets are the original 427 parts. Original distributor with points, exhaust manifolds and air cleaner. Off-road side exhaust was added. The original 370:1 rear gears were changed to 3:36:1 for better drivablilty. At that time he was still running the original 4 speed and more recently added the Tremec TKO600 5 speed.

Brakes were gone through and a 1967 dual master cylinder was added for safety. Rims are 1967 steel units with NOS 1966 hubcaps. Older radial whitewall tires. The owner has driven this car to many Corvette events as well as Hot August Nights 4 times. Runs and drives great. Clean California title in hand.