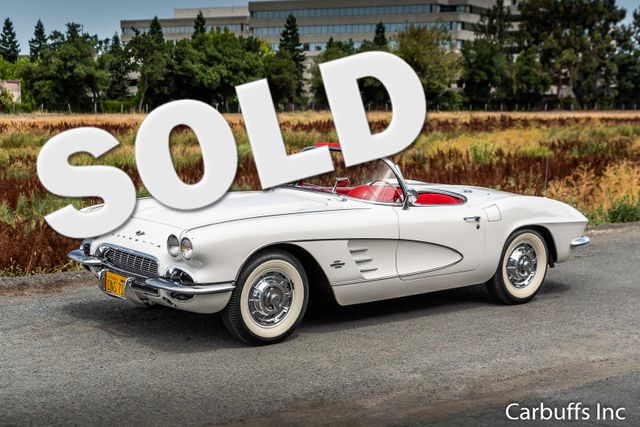 2 family owned. Local car since new. Never hit! Purchased new by R. Thomas from the Chevrolet dealership in Antioch, Ca. In 1963 R. Thomas sold the Corvette to his mother-in-law, E. Stalhman. We have a receipt for an engine rebuild under her ownership in 1971 at 107k miles. She sold the car in 1979 to her neighbors, D. & P. Maich who own the car currently. When they purchased the car it was starting to show its age so they decided to do a frame-on restoration. The restoration ended approx. 1983 and the car was shown locally and received a Bloomington top flight award in 1984.

During the restoration the Maichs decided to have the engine rebuilt. Unfortunately, during that rebuild the machine shop decked the block and removed the correct numbers. Mr. Maich had even interviewed the builder prior to bringing in the engine informing him of the importance of the numbers before hand. Obviously this led to threats of litigation and required compensation that resulted in a free engine rebuild. Included is the 12 page timeline of this issue including conversations with Noland Adams.

Please call for viewing hours as not all consignment cars are on site.