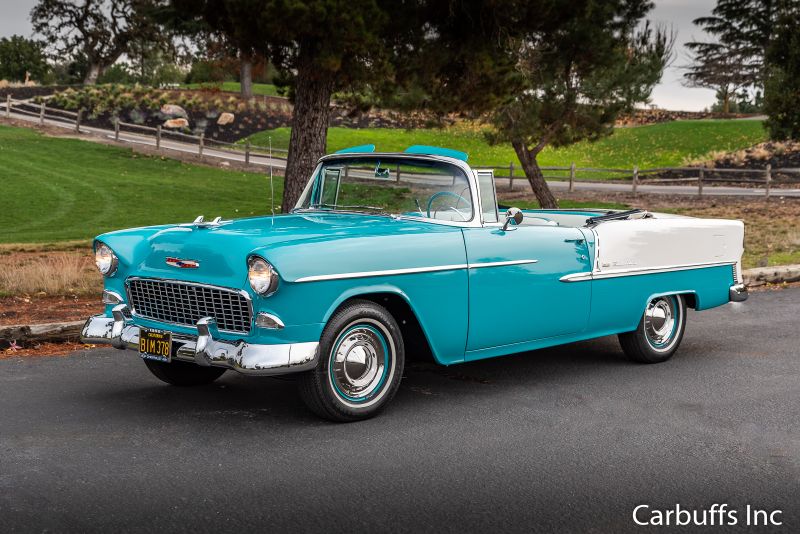 Purchased by the current (4th) owner from me in 2019. Previous local (3rd) owner bought the car in 1998 from the second owner, Fred Rossi. Fred bought the car on December 16, 1960 from Lehmers GMC Oldsmobile in Concord, Ca for $995. Fred was told that the car was traded in at Lehmers by the original lady owner that bought it new in Walnut Creek, Ca. When purchased by the third owner it was a tired but running car. He then embarked on a full frame-on restoration to bring it to its current condition.

The car received a full bare metal respray in its original color combination of regal turquoise/ivory paint. All body panels are believed to be original to the car. All chrome and stainless trim were replated, polished etc. to show quality. All trim, bumpers, etc. are original to this car. The original grille was disassembled and sent out for refinishing and reassembled. The original hubcaps were restored. While it may have been cheaper to use some reproduction parts on the car the owner only wanted original parts used as much as possible.

The engine in the car was worn out and was not believed to be the original so a correct 1955 265 V8 4bbl was sourced and rebuilt. Transmission was upgraded to a turbo 350 3 speed automatic to improve drivability. Glasspack mufflers were a concession to originality that sure sound great on the 1950’s cars. Everything else under the hood was rebuilt and restored to full functionality. The underside of the car was detailed to match the top side of the car. Being that the car was so clean to start with only a frame-on restoration was needed.

The interior was completely redone to the same standards as well using restored original parts where available. Original AM radio was restored and works great. All gauges work with the exception of the clock. The clock was replaced with an NOS clock when restored but does require an occasional cleaning to function as it should. All windows roll up and down as they should. All rubber was replaced as well. All lights, inside and outside, work as they should. Power convertible top works great.

This car is absolutely beautiful. The paint quality is top notch and shows no shrinkage, checking or fade. Everything about this car was done well. Never meant to be a concours type car but a great show quality driver. The current owner has seen his fair share of birthdays and has decided to downsize his car collection. Great car that will get you attention at any show!